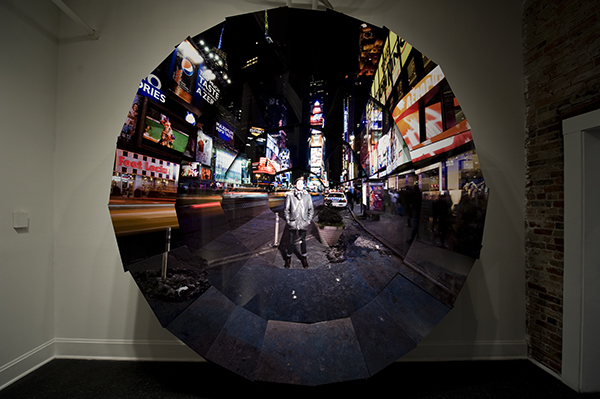 The Collapse
Digital photographs, wood
2011
Our society is undergoing an implosion of meaning. With the exponentially increasing bombardment of information, each piece of it holds less and less meaning. This violent loss of meaning can be attributed to the construction of our shifting cultural framework. The media exhausts itself in the staging of communication, connection, and meaning. Sensationalism in the news cycle dilutes the political process, into the form easiest to distribute and devour. We are commanded to find meaning at every turn, in every consumer decision. I chose to photograph Times Square, the main nerve, the epicenter, because it is the face of this fabrication. A young male figure is centered among the constant circulation of signification. His gaze into the void indicates his alienation. Our isolation and distance from the natural is not the only fallout. The consequence is the collapse, the loss of the authentic, the death of the real.

I was recently given the opportunity to exhibit work at ROY G BIV Nonprofit Gallery for Emerging Artists here in Columbus, OH. Last month for their February 2011 exhibition, I shared the gallery space with one other artist, large-scale painter Benjamin Duke. I exhibited this work, The Collapse, along with Reality by Proxy (seen here at my website Reality by Proxy). The show was well received and we had a great turn out for both the opening and the artist talk. The Columbus Alive also did a story about the show, which can be seen here Exhibit: Benjamin Duke and Tony Shumski at ROY G BIV. 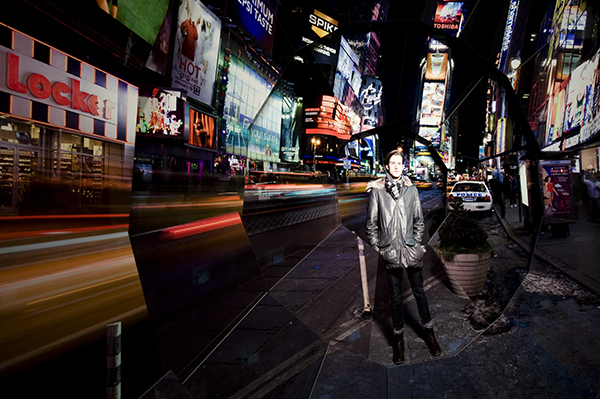 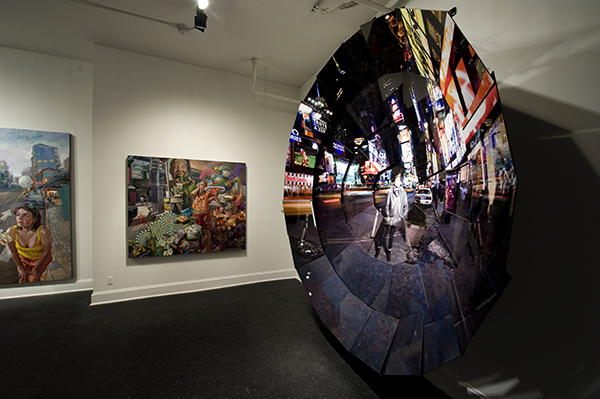 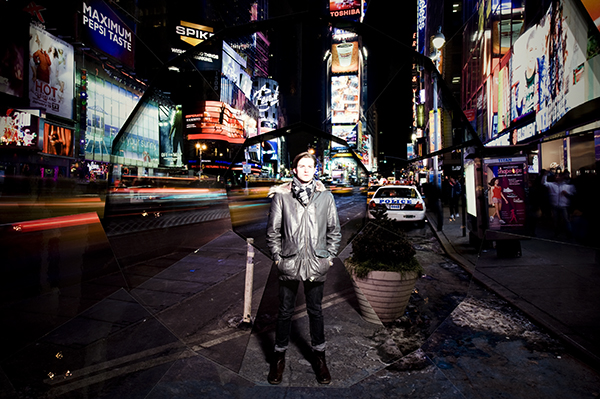 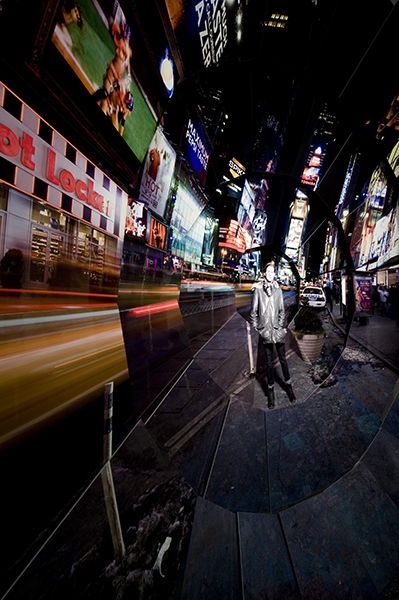 Posted by tonyshumski at 5:41 PM No comments:

My name is Tony Shumski and this is the inaugural post of my new photography blog. This blog, along with my new website, http://www.tonyshumski.com, will feature my photographic work ranging from concert photography to portraiture and photographic installations. The website currently displays seven projects; concert photographs of Dan Auerbach & The Fast Five, The Black Angels, and Papadosio, studio shots of Mojo Moloko, and three projects I worked on during my time in the BFA Photography program at The Ohio State University, Detached, Simulated Stimuli, and Reality by Proxy. I will be posting photos from new projects, as well as photos from various concerts I have shot during the last few months. Thanks to everyone who has supported me and my photography.
Posted by tonyshumski at 4:07 PM No comments: